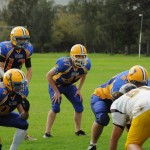 The Cubs will be starting training soon, with the 2013 campaign set to be a strong one. The following are details that were emailed out: if you would like more information, email the club (info@sydneyunigridiron.com) and we'll get you details. This email will have most of the important pieces of information that you will need to get started, however if you have any other questions at all, we will be more than happy to answer them at the registration/first training... 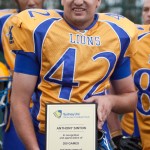 The term “legendary” is greatly overused.  It is now a stock phrase of sports commentators in their incessant drive to maintain the hype.  It is thrown around casually by advertising creatives for comic effect.  Yet, deep down, in a place where our sporting heroes clash in the grainy, black and white newsreel images of a […] 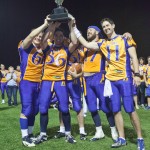 In what could best be described as a fitting end to the season, the Lions smothered UTS in every aspect of the game, and won the 2012 Waratah Bowl 38-0. If anything, the score line flattered UTS, who were only able to get their first first down, via a penalty, after half time. As we […] 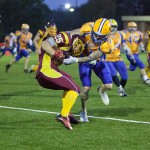 With the season coming to a close, it's a win or go home scenario every time the Lions step on the field. The game on Saturday night was no different, with the resurgent Wollongong Mustangs stepping onto the field to take on the Lions. 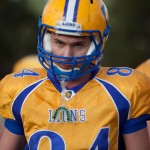 The final round of the regular season has been played out, and the Wollongong Mustangs finished in fourth position, so will be playing the Lions this weekend. The Mustangs have finished the season strong, obliterating all those in their path, so this will make for a tough test for the Lions. The game will be […] 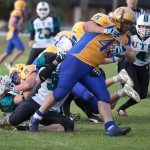 The Institute continues the streak

In what was a stunning afternoon for football, The Sydney University Lions and UTS Gators squared off for the cross town rivalry match in Berkeley Wollongong. Final score: Sydney University 54 UTS Gators 34 Full match report with photos coming soon, however for those of you playing along at home, the Lions have still never […] 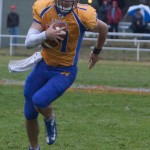 Head Coach Ogborne has been hammering into the team in 2012 the concept of getting better each game, and not playing to the level of our opposition. With the draw coming to the stage of starting to play teams for a second time, there is now a good measure of improvement. The last time the […] 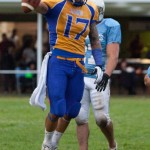 Seahawks Grounded By The Lions

In wet conditions this afternoon in Berkeley, two undefeated teams met to determine who had midseason bragging rights. Although both teams may consider themselves the big dogs of the league, only one was able to extend their 75 game win streak, and that was the Sydney University Lions, who demolished the Seahawks 46-8. In a […] 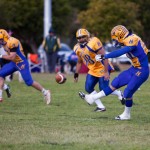 Experts will often say that the difference between a good win and a great win is the number of units that are involved in a game. For a good win, your offense may click, or the defense may be unstoppable, while with a great win, all three aspects of the team are on song. The […] 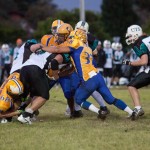 In blustery conditions in the Central Coast, the Lions made the trek and defeated UTS 6-2. Any time the final result looks like a soccer score, you know the defense played a good game, and this was no exception. With the offense driving the field multiple times, but failing to punch it in, a hard […]